“The Descendants” – The Antiscribe Appraisal 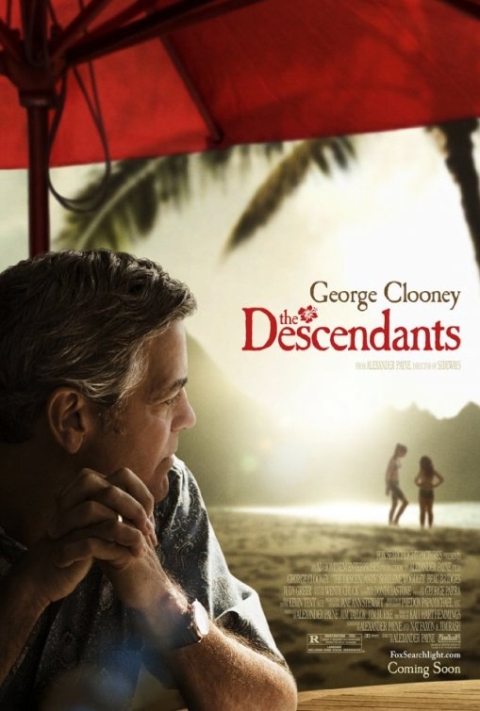 As I left the theater after viewing The Descendants, one thing became obvious while overhearing the other patrons’ after-show assessments: the movie they just watched clearly wasn’t the one they were expecting to see.   They came to the film apparently anticipating some kind of broad comedy, and based on the advertising, I suppose I couldn’t blame them for feeling that way.  But The Descendants isn’t that kind of film, and it was obvious that the other filmgoers, whether they enjoyed for the experience or not, weren’t quite prepared for it. The best classification I can think for a film such as this would be either “dramedy” or “seriocomedy” – emphasis placed on the “serio” – especially when you consider that the film’s chief running joke comes from  characters continuously telling the lead character, Matt,  how strong his wife is, and how “she’ll pull through” after her serious injury.  Of course, that’s the type of encouragement other people give to make themselves feel better. In truth, Matt’s wife isn’t going to pull through, and he knows it, but never lets on.  It can be called a joke because it involves someone making a fool of him-or-herself by stating something we know to be ludicrous.  But not all jokes, even when told well, should inherently be funny.  Sometimes, the best humor is the kind that reveals tensions more than relieves them. END_OF_DOCUMENT_TOKEN_TO_BE_REPLACED

Posted in The Antiscribe Appraisals (Reviews)