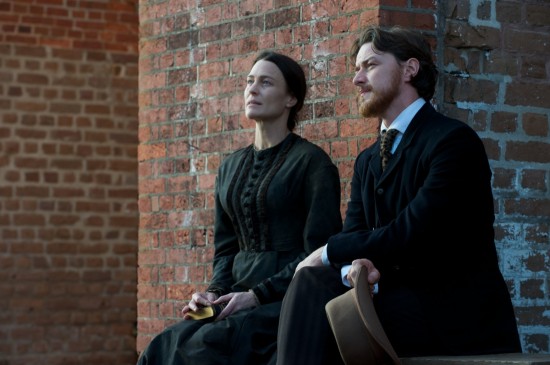 One of the things I love in reading and studying history is that it is usually both informative and unbiased.   While there are certainly polemical perspectives on historical subjects and ideological approaches to historiography, most respected historical texts generally try to research a subject based on documentation and evidence, and then generally form an argument based on what that research supports or doesn’t support. Films, as works of art, generally speaking, are crafted from the opposite perspective – you start with an idea, lesson, thesis or argument and then typically craft a narrative to support that perspective.   Each represents two entirely different methods of synthesis, for sure, though in historical films, these methods sometimes find themselves in conflict with one another. History has always been and will always be a prominent source for great dramatic storytelling in film and any dramatic medium.  But certainly, it’s not always a happy marriage of content and form, and it’s a fairly common occurrence that dramatized films based on real life or historical incidents, even the best ones, can sometimes be highly inaccurate in regards to their subjects.  Typically, creative liberties are taken with historical facts in order to create compelling and clear drama; this creative license, however, then mitigates the authenticity of the film.  It’s a consummate Catch-22: you have to make a historical film entertaining to overcome the unfortunate prejudice that history is boring, and history as a popular discipline usually needs movies to makes sure certain historical subjects can enter and remain in the popular consciousness.  Therefore, many times people gain the unfortunate misconception that they understand a historical event because they see a movie that depicts it. END_OF_DOCUMENT_TOKEN_TO_BE_REPLACED